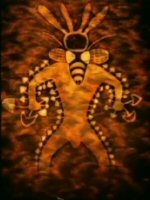 Server has been down for an entire day. Also noticed in game browser doesnt list any servers at all.

We need a new server provider... this is unacceptable to me.

I will look into a new company when I get some free time.

I just turned it back on again. Some one is turning it off I think. Friedrich

Has anyone contacted the server company and asked if the problem is at their end or ours? Are they having troubles or is someone turning it of as Friedrich says?

Server crashed again then restarted as Base Race was about to start.

I don't know if this was an issue with emsgaming or something else.

It would be nice to eliminate the rcon option and take it from there. 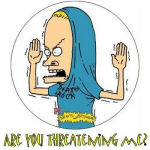 Beavis wrote:Server crashed again then restarted as Base Race was about to start.

I don't know if this was an issue with emsgaming or something else.

It would be nice to eliminate the rcon option and take it from there.

Our server host is notoriously unresponsive. They will not admit there are any problems.

I would recommend we get another host. I am too busy to do this myself. I have finals next week, also very busy at my full-time job, also family issues, etc etc.

I can change the rcon password again if you guys think someone is cracking it. I can make it really really long so it would take years to crack with a password cracker. Server crashes are usuallly a map or hardware issue, not rcon.
_________________
The time you enjoy wasting is not wasted time.

Thanks for working this out guys. I didn't know squat about this kind of thing, but I do appreciate you guys that do. Thanks for your efforts.

The gravity changes were something I did a couple days ago in the map configs to keep people from jumping the walls to plant dyno on oasis and fueldump. I set it to the normal standard ET gravity (800) on those two maps. I set it to really low gravity (200) on helmsdeep and baserace for fun. And the other maps were the normal half-gravity (400) that we use.

But the gravity changes are unrelated to the server turning off over and over.

I don't know what is going on with that. I might be that the server technicians are shutting it off in New York. It might be that ems reduced the size of the memory and processor power allocated to our account (sneaky thing to do but it would not surprise me), and this could be causing the server to shut down. But I would expect this to cause massive lag instead of a shutdown.

I'm getting as annoyed as anyone else, I don't want to run ten bots and tiny maps to avoid lag, when we are paying $32 a month for what is supposed to be a 40-slot server.

We had issues last summer too, when the ddos was horrible, before the getstatus patch fixed the ddos. I rented servers from two other companies, and quickly discovered that most game server companies are much worse than ems. Yeah it's true, ems is one of the good ones lol.

If somebody wants to try their luck renting a server, we can clone our server to it and see how it runs. I am on a limited budget these days so I can't afford to add a recurring cost every month. But I can coach someone on how to set it up.
_________________
The time you enjoy wasting is not wasted time.

The server is actually running good. If no one is into rcon give me a password and set the bots to 20. If lag is an issue I will adjust the number as usual. Friedrich

Sneaky had just kicked Disdain for being disrespectful.

Don't know if this was a problem with EMS or that map.

It's been 12 mins now and it needs to be restarted.

Let me know if we can automate these restarts.

Wasn't me... can't wait to switch over to the new server now. Sick of this stuff.

I tried to turn it back on and couldn't get into the recon. Guess you had to change the password again.